R. Marc Kantrowitz discusses his book "Old Whiskey and Young Women" at the Boston Athenaeum on January 25, 2017.
Click here to view the video. 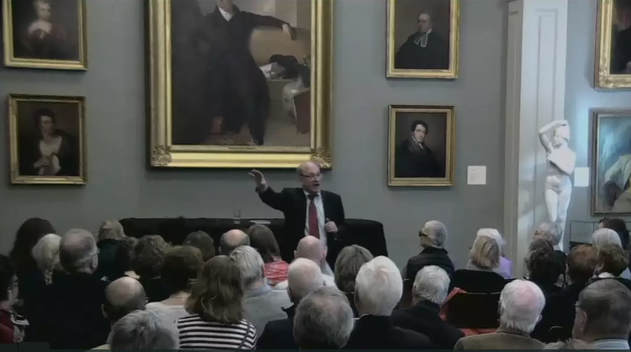 R. Marc Kantrowitz discusses some of Hollywood's biggest murder cases and scandals, and other notorious cases in American history, in this excerpt from his AAUW Speaker Series talk at the Canton Public Library on January 11, 2017.
​

Interview on "Discovering the Law"

​R. Marc Kantrowitz explains the inspiration behind his new book, "Old Whiskey and Young Women," which brings to life a collection of famous and now-forgotten cases that once gripped the nation.

"Tales of Once Famous Cases Now Nearly Forgotten":
​Presentation at University of Toledo College of Law

​R. Marc Kantrowitz, 1978 alumnus of the University of Toledo College of Law, discussed some of the most notorious criminal cases in American history on March 20, 2014, as part of the College of Law’s Distinguished Alumni Speaker Series.
​