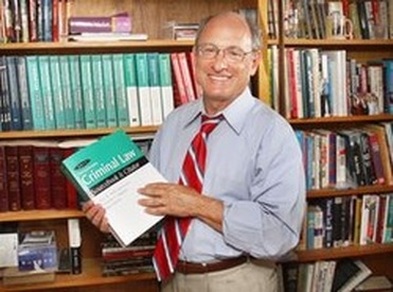 Marc Kantrowitz took a roundabout path to the judiciary. The state Appeals Court judge and Canton resident started with a history degree and then studied political science before he found his calling with the law.

So perhaps it’s not surprising that when he’s away from the bench, the Long Island native likes to write about old crime cases that were the Casey Anthony trials of their day – from the ginned-up rape and murder charges against 1920s Hollywood star Fatty Arbuckle to the sensational 1850 murder conviction of a Harvard Medical School professor.

“People have forgotten what so gripped the nation about these cases 50, 60, 100 years ago,” Kantrowitz said. “So I thought, if they were interesting then, they’re probably still pretty interesting.”

Kantrowitz, who’s 60, also teaches a course on criminal trial practice at Northeastern University. In a 30-year career as a prosecutor, private-practice attorney and state judge, he’s also published a shelf of textbooks and commentaries on Massachusetts law, from civil litigation to criminal and juvenile justice. But the old “true crime” cases clearly inspire him the most.

“It’s the human drama,” he said of cases like Arbuckle’s and Casey Anthony’s, in which a young Florida mother was acquitted of the murder of her toddler daughter, Caylee. “People don’t do front-page stories on a difficult house closing.”

Since he’s a sitting judge, he can’t write about current cases such as Anthony’s or the racketeering and murder charges against mob boss James “Whitey” Bulger.

Kantrowitz didn’t grow up in a family of lawyers. His father was a high school guidance counselor, his mother a nurse. A childhood love of Civil War lore led to a history degree. He considered getting a doctorate in political science, “but there were so many Ph.D’s driving cabs, I thought I’d better do something else,” he said. So he got a law degree from the University of Toledo and came to Boston as a Suffolk County prosecutor.

After a spell in private practice – with defense clients that included an Asian hit man suspected of killing prostitutes – he was appointed a Juvenile Court judge in 1995. His appointment to the Appeals Court took place in 2001.

Some of his subjects are sensational, as was the Arbuckle case, which Kantrowitz will recount in a future Ledger column. Others had lasting courtroom influence, despite their current obscurity.

Dolly Mapp’s long legal battle was one of them. The Cleveland resident had a shady reputation for running illegal gambling and hanging out with gangsters, and in 1957 she was arrested for having gambling material and pornography that police seized without a proper search warrant.

Mapp appealed, and in 1961 the U.S. Supreme Court ruled that the federal “exclusionary rule” applied to the states as well. Mapp v. Ohio has been a pillar of police law ever since. Evidence isn’t valid without a search warrant.

Kantrowitz has begun researching a case that goes back to the nation’s early years – the 1778 murder trial of Bathsheba Spooner of Massachusetts, the first woman in the colonies to be hanged by the newly declared American government – when she was pregnant, no less.

The case broke no legal ground. Spooner was charged with helping her younger lover, a British soldier, kill her older husband.

Lane Lambert may be reached at llambert@ledger.com.